Emaar to launch blockchain-powered loyalty program, with tokens based on Etheruem tech 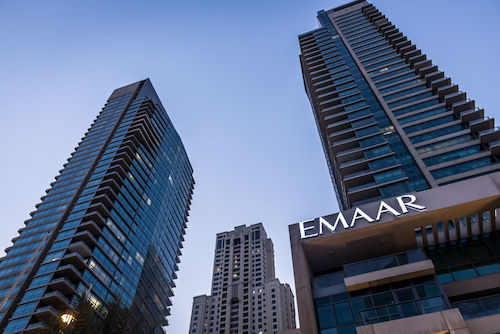 Blockchain-based projects just received a publicity boost from billion-dollar property developer Emaar Group, which has announced it will launch a token-based loyalty platform based on Ethereum tech.

Named EMR, the platform aims to reward Emaar customers with tokens for their loyalty and business referrals

The platform will launch in late 2019

The platform and tokens are built on Quorum, the JPMorgan variant of Ethereum

Blockchain-based projects just received a publicity boost, with a multi-billion dollar property developer Emaar Group announcing that it will launch a token-based referral and loyalty platform. This sign of faith by a mega corporation such as Emaar is sure to herald more goodwill for the technology, as more and more companies connsider tokenization.

Named EMR, the platform aims to reward Emaar customers with tokens for their loyalty and business referrals. EMR tokens will not only be redeemable in Emaar’s real estate, hotels, ecommerce operations and malls, but can also be traded with other users.

According to Emaar, this is the first product of its kind being launched in the world, which aims to provide Emaar’s customers with digital tokens using blockchain technology on a mobile application. Tokenisation of loyalty points not only provides users with all the benefits current loyalty schemes offer, but also provides real monetary value through external trading platforms.

Consumers will be able to use Emaar’s dedicated EMR mobile application on Android and iOS to access the referral and loyalty system and earn or redeem EMR tokens.  The platform and tokens are built on Quorum, the JPMorgan variant of Ethereum, and are expected to be released before the end of the year, with an early sale of rights having been conducted by Bitcoin Suisse AG and ending in October.

Hadi Kabalan, Director of Tokenisation at Emaar, said: “We have an existing ecosystem and a large customer base, as well as millions of further potential users globally who have yet to discover Emaar.  Our blockchain token platform positions us to grow our user engagement with today’s digital-native, mobile-first generation who expect a fairer internet and want to be part of the conversation.”

The recent Tokenization, Loyalty and Blockchain survey by KPMG LLP revealed that consumers across all age groups are increasingly willing to make purchases with tokens, indicating a wide range of new opportunities for businesses to engage with their customers and transform commerce using blockchain. The findings also highlighted the fact that the majority of consumers familiar with the definition of blockchain-based tokens believe it will enable them to make better use of loyalty reward points.

As for other tokenization programs in the region, there has been growing activity. One of these projects has been Gozo, an industry-first blockchain-enabled loyalty points clearinghouse and travel savings club.

According to Coindesk, over the first quarter of 2019, UAE-based blockchain startups were able to raise a total of $210 million.

By adopting blockchain, the UAE is expected to save 77 million work hours annually, AED 11 billion in transaction costs and regular document processing and 398 million printed documents a year, according to the UAE Government, as reported by The National.

A list of regional blockchain projects can be found here.