Robots can do their bit at construction sites 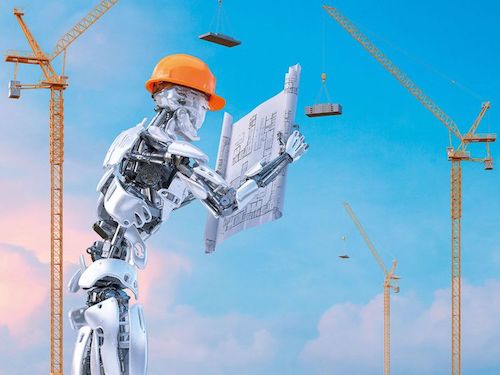 "Proptech" is the buzzword in the construction industry at the moment, with the latest advancements in drones, artificial intelligence (AI) and robotic tools dominating the headlines in the Middle East. Although machines have been around for a long time in the construction industry, they are becoming increasingly sophisticated and undertaking tasks that are more complex.

Of course, there is a huge amount of upside to the tech transformation of the industry, not least the potential to save time and money and improve build quality. But what happens if something goes wrong? Who will be responsible?

This may not be straightforward to answer. For instance, when is the operator rather than the robot responsible for an error? And who is responsible if the robot is given incompatible raw materials to work with?

Take the example of a robot laying bricks using a type of cement that is different to the types that the robot has been tested with — where does responsibility lie in those circumstances?

Further conundrums include who is responsible if the robot has been hacked — the manufacturer? The designer? The supplier? The operator? A third party cyber security firm? And what if the robot is not maintained or repaired, where does responsibility lie if this causes a defect in the works?

And then there’s the question of whether any liability attaches to an architect or engineer who has specified the use of a robot on the project. Has the defect, in fact, arisen because the robot shouldn’t have been used in the first place?

These are all risks that can be addressed and allocated as appropriate if they are considered early on, when the project contracts are being put in place. The UAE in particular, has been a proponent of using technology — often novel technology — to increase efficiencies in government sector services. Prime examples range from hospitals to utility companies and the Dubai Police.

For example, at several branches of Dubai Electricity and Water Authority (DEWA), customers are greeted by a robot that presents DEWA’s services and advises the customer where in the centre to go to receive them. Dubai Police also introduced a “robotic cop” to its ranks in 2017. Other examples are witnessed regularly as the UAE continues to promote improvements in technology.

It gets more complicated with the use of robotic technology in non-service type industries, such as construction. Liability is a prime issue, and rules around it are less clear, especially when there is no contract in place. Furthermore, common law principles of tort are not generally used in the UAE, which as a civil law country relies on the codification of rules through statutes, decrees and circulars, and less on a general duty of care owed by one person to another.

This means that, at least currently, there is less clarity on the attachment of liability for injury or damage caused by robots. Nevertheless, robotic technology is here to stay. It is expected to become an integral part of the construction industry, in particular, as the UAE continues to look for new ways to improve efficiency and reliability in its ever-evolving real estate and tourism sectors.

We are embarking on exciting new times for the construction industry, even if there are still challenges to overcome around the use of robots on building sites. However, determining responsibility for an error may not be a simple task as design, operation, maintenance and even the decision to use a robot on a construction project could potentially have been undertaken by different parties.

Away from exciting headlines, we can expect headaches ahead as companies gradually get to grips with these issues. Against this backdrop, the law is expected to continue evolving with this reality, as it has in the past. For now, stakeholders rely on the terms of their underlying contract, which can — and should — address relevant issues of responsibility in projects involving the use of robotic technology.