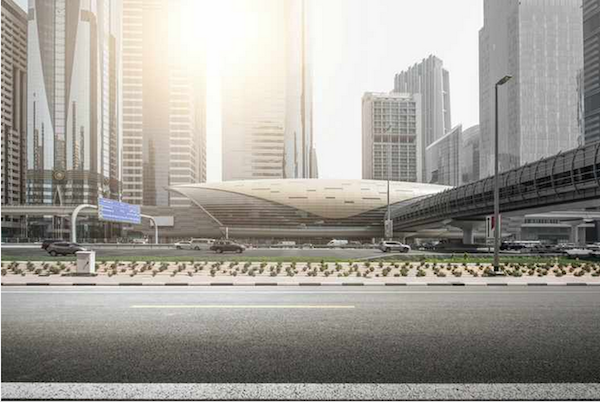 Recapping 2018 is not easy as the news cycles were dominated by a slew of positive initiatives and launches by the government geared to boosting market sentiment - while the market itself remained soft. The year began with the introduction of value-added tax (VAT) grabbing maximum attention and we have come to realise the property sector was not too adversely impacted by this. Then, there were announcements of significant positive changes in visa regulations and business ownership rights for expats which when implemented should have a positive effect on the economy.

In the real estate sector, oversupply in the market has led to an average 11 per cent decline in apartment rents between Q3 2017 and Q3 2018. This decline has been felt across the market. Well-maintained and managed properties have been less negatively affected - a positive for tenants as they are able to identify landlords who have reacted to the market and understand that service is important. As the year progresses, there seems to be little change in the statistics. However, the situation may be brighter than the numbers suggest. This lowering of rents has had a very positive impact on tenants and balanced the increase in cost of living.

Dubai hotspots
Since Q4 2017, Dubai has witnessed a drop in rental and sales prices across the city and the downward trend has continued into Q4 2018. The areas with the most pronounced changes include Al Furjan, Arabian Ranches, Jumeirah Park, Jumeirah Village, Discovery Gardens, Business Bay and Jumeirah Beach Residence.

Over the past 9 months, a total of 9,250 apartment units were completed and another 2,650 are expected to be handed over by year-end, while 2,195 villa units were completed from Q1 to Q3 2018 with an additional 1,500 units to be delivered in the last quarter of the year.

With regards to major launches and handovers, various waterfront projects made headlines with the launch of Emaar Beachfront by Emaar Properties, Port de La Mer by Meraas and the handover of Dubai Wharf by Dubai Properties. Additionally, the city saw announcements of project handovers along the corridors of Sheikh Mohammed Bin Zayed Road and Emirates Road, and new communities closer to the Expo 2020 location.

More stable and mature market
The stability and reliability of the market has significantly improved due to higher transparency in the industry, an outcome of more stringent governance by the Real Estate Regulatory Agency and Dubai Land Department (DLD), as well as the full implementation of the escrow system. The softening of prices is a direct consequence of this market maturity, which is now increasingly favouring tenants and buyers.

Smart initiatives
In a bid to support the transformation of Dubai to a smart city, the Dubai Paperless Strategy was launched by Smart Dubai. Phase one of the initiative is set to be completed by the end of 2018, aiming to eliminate the use of paper transactions. Developers are boasting 3D virtual property tours and blockchain deployment for property contracts, as well as a huge emphasis on seeing a rise in the integration of smart technology in real estate. It is being implemented by developers, property managers and brokers.

Affordable living
A large proportion of the 16,750 units slated for handover by end-2018 is concentrated in the affordable segment, with prices for apartments and villas as low as Dh425 per square foot. Developers are now focusing on building properties for end-users, and are offering attractive incentives as well as competitive rates and payment plans.

Beachfront and community living
Beachfront living appears to be a trend that has caught the public imagination in 2018. More people are also moving to decentralised areas in Dubai, as they offer fully self-contained communities that comprise low-rise buildings, townhouses and villas.

Lease-to-own
Lease-to-own schemes are now increasingly becoming more popular among developers. They give investors the chance to rent a property for three years and then decide whether they want to buy it by the end of the period.

Outlook for 2019
Dubai's real estate market will continue to mature throughout 2019. It is likely that the current 'buyers market' will persist as investors continue to have a wealth of choice, and as increasing handovers further impact property prices. Another trend that will be more pronounced will be affordability. As the middle-class segment rises, more affordable housing options will enter the market. Finally, the growth in the economy in line with Expo 2020 and Dubai Vision 2021 will set the tone for a positive and upward trend throughout the upcoming year.